Mr Hirai and the wasabi

M. HIRAI AND THE WASABI

Seven years ago I quit my job in Wakayama and went back to my parents home to cultivate wasabi. Before making this decision, I discovered little by little the history of wasabi in Inami; I discovered that this is the place where everything started and I realized that there was something not to lose.

I also discovered that at the time of my grandfather (who was also growing wasabi) there were 14 or 15 families who cultivated wasabi in Inami and my grandfather was well known for his know-how he has also received several awards. From there, I started to study wasabi culture, just like that, by personal interest, with books but also by questioning my father and the people of the region, then, one day, I decided to join my parents.

Today we are the only wasabi-producing family in the region and it's sad but we can’t reply to all the orders we get. For us, as the last producing family it’s important not to lose this place, the place of the origin of wasabi (Inami is the first place where wasabi mazuma was grown in Japan in 1888). This is among other things why, after 8 years working as an employee, I resigned to return to the family farm.

The original species of wasabi is the mazuma wasabi and it represents excellence among the wasabi, but it is hardly any more cultivated because this is a species which requires more care and time than the species the most common: the wasabi misho. It takes 3 years before mazuma can be harvested while it takes 12 to 18 months for the misho. And it's very easy to lose a harvest of wasabi, an air or water temperature a little too cold or too hot, a tropical storm, a disease ...

The story of the mazuma species is especially interesting; between 1955 and 1960 farmers from the Shizuoka region came here to borrow some of the best mazuma wasabi plants in the country. By the way, the name mazuma comes from here it was the name of this village which is now called Inami. Then, over the years, mazuma stopped being produced here. So, one day, my father went to Shizuoka and met one of the last farmers with mazuma plants. He borrows from him some plants and try to produce this species again in his original water because the water it’s so important to give a good taste.

The goal of planting mazuma wasabi here is to make a high-quality wasabi. For 7 years we have been doing tests in collaboration with great chefs but we are looking for excellence and for now we do not market it yet.

+ photographs with M. Hirai and the wasabi 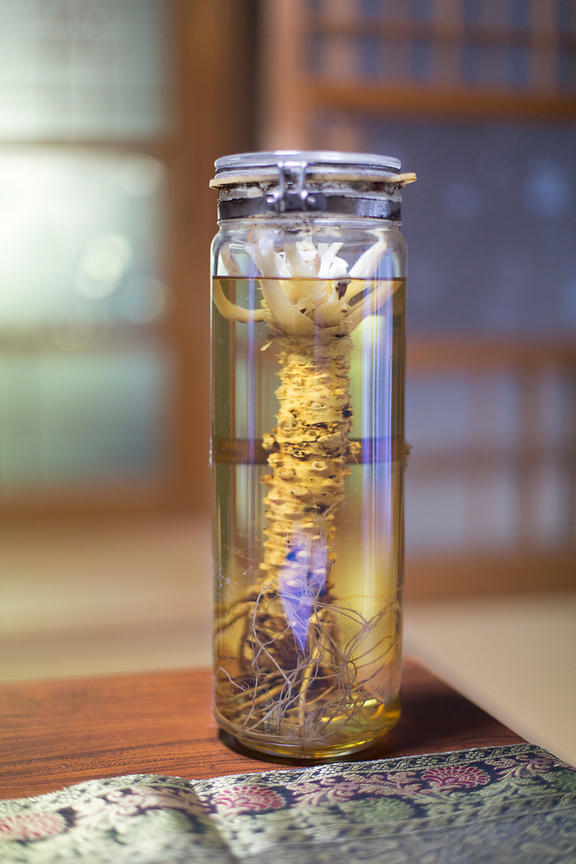 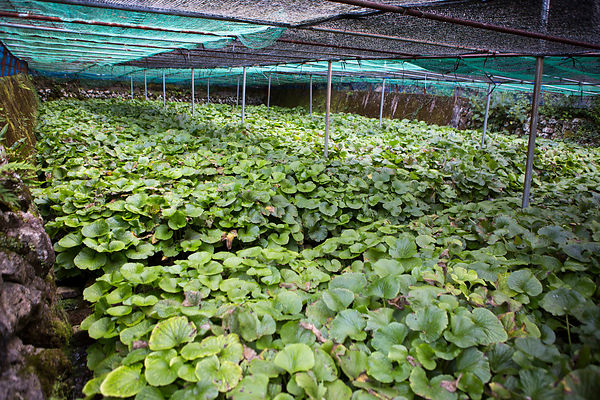 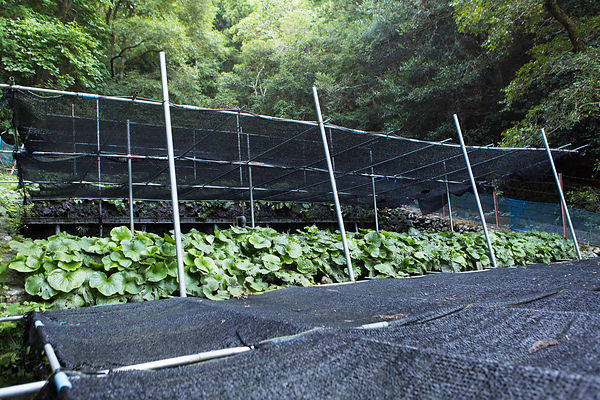 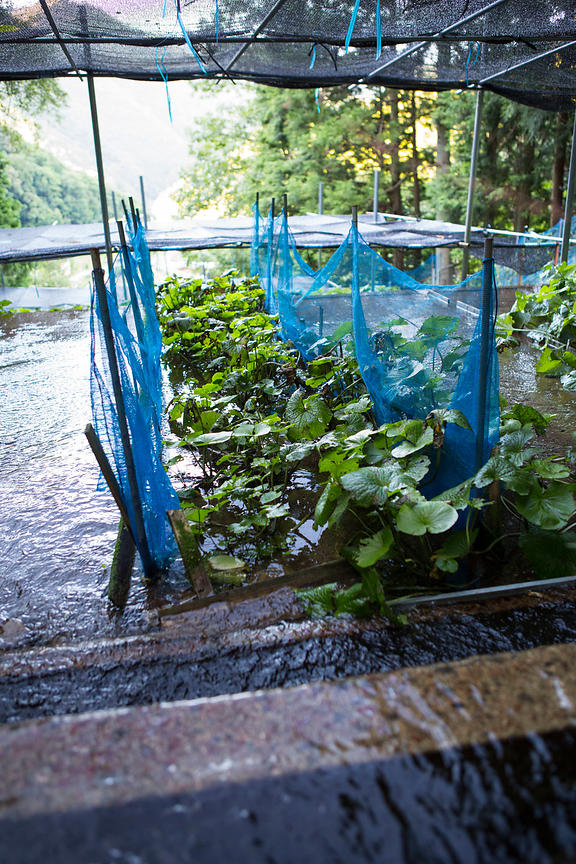 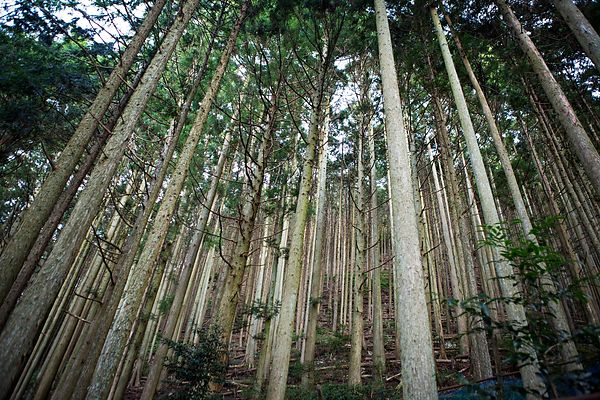 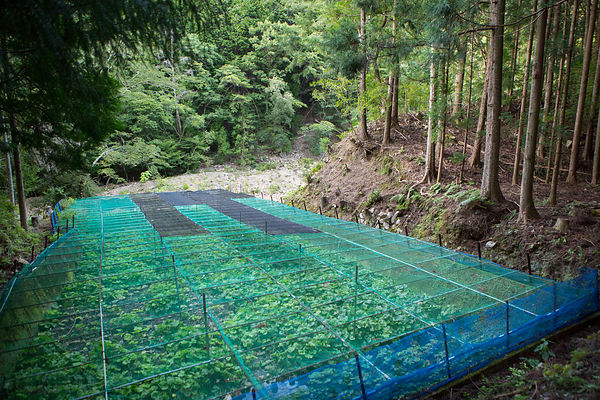 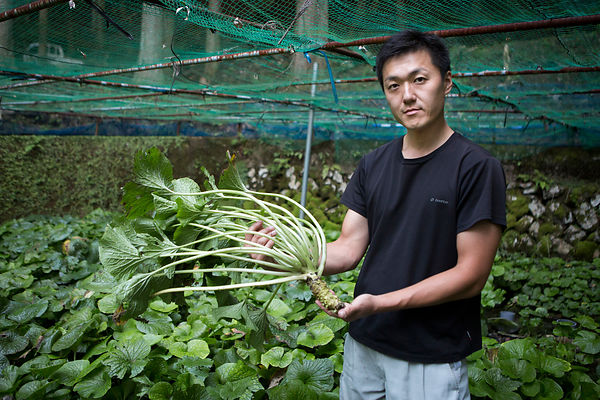 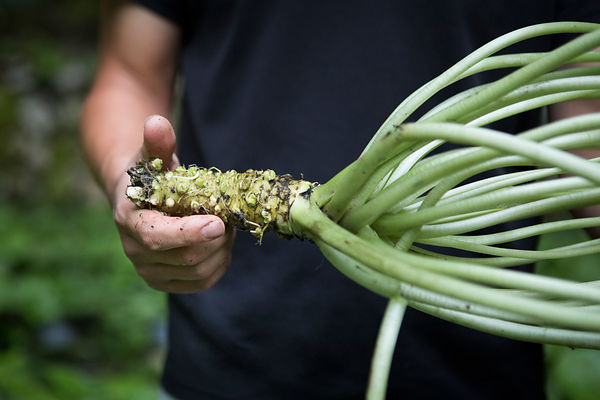 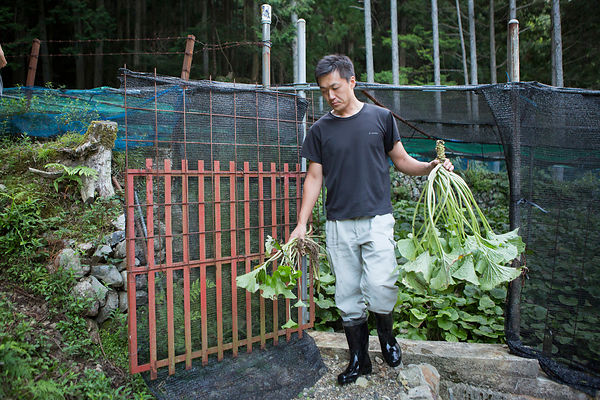 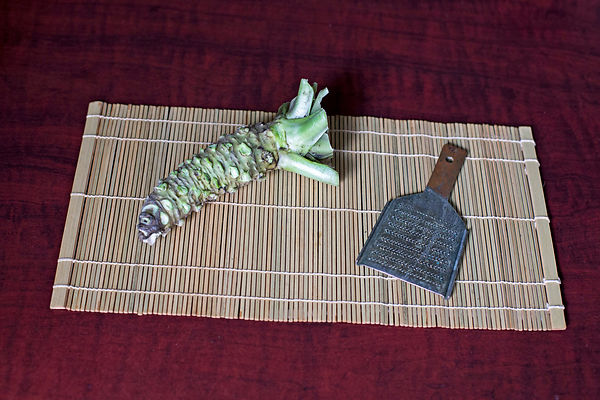 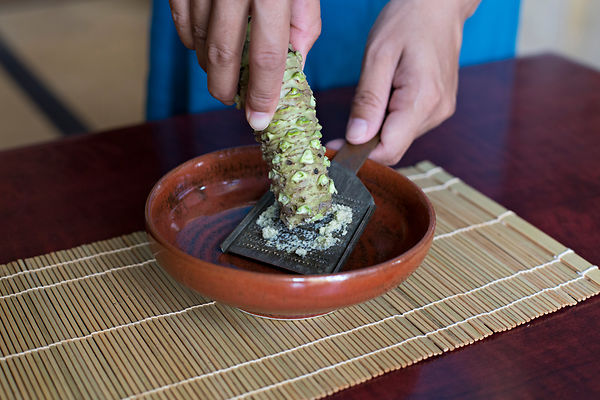 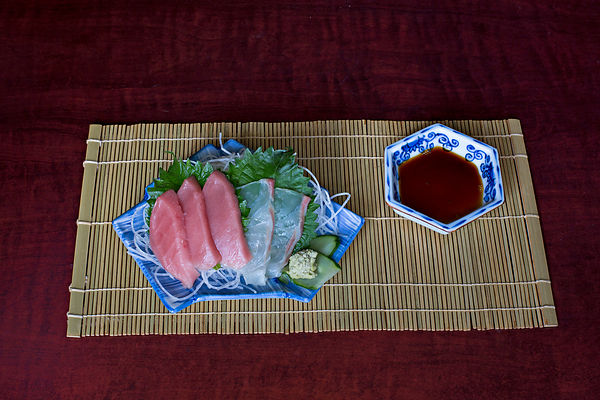